In Spring framework, the core container module provides the essential functionality. The BeanFactory is a primary component of the core container and the Inversion of Control (IoC) pattern is applied by BeanFactory. IoC is used to separate an application’s configuration and dependency specification from the actual application code and it is achieved by Dependency Injection.

What are Inversion of Control (IoC) and Dependency injection (DI)?

Inversion of Control(IoC) is also known as Dependency injection (DI). The Spring container uses Dependency Injection (DI) to manage the components that build up an application and these objects are called Spring Beans. Spring implements DI by either an XML configuration file or annotations. The Container is responsible for managing the object lifecycle (create the objects, wire them together, configure them, and manage their complete lifecycle from creation till destruction). The main goal of the Inversion of control and Dependency Injection is to remove dependencies of an application. This makes the system more decoupled and maintainable.

Inversion of Control(IoC) is a principle by which the control of objects is transferred to a container or framework. Dependency injection is a pattern through which IoC is implemented and the act of connecting objects with other objects or injecting objects into objects is done by container rather than by the object themselves.

In Inversion of Control(IoC), instead of an application calling the framework – it is the framework that calls the components specified by the application. IoC is also known as dependency injection (DI).

Wiring allows the Spring container to automatically resolve dependencies between collaborating beans by inspecting the beans that have been defined. we can inject the dependencies by making them with @Autowired annotation which is called field-based dependency injection.

If there’s more than one bean of the same type, we can use the @Qualifier annotation to reference a bean by name

Why Inversion of Control(IoC) and Dependency injection (DI)?

Scenario: For instance, we have a class Company and it has a dependency on class Employee.

Solution without Spring IoC: The Company class configures itself so it will set the value of this Employee fields within the same class only.

Solution with Spring IoC: By using Spring IoC, it is done in one of two ways.

Dependency Injection (DI) provides objects that an object needs. So rather than the dependencies construct themselves they are injected by some external means. For instance, we have a class called “Customer” who uses a “Logger” class to log errors. So rather than creating the “Logger” from within the class, we can inject the same via a constructor as shown below.

The biggest benefit achieved by the above approach is “Decoupling”. We can invoke the customer object and pass any kind of “Logger” object. 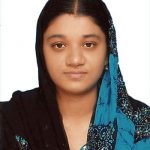 Is DevOps the Next Generation of Agile?

A guide to choose the right IoT software development platform