How Mobile App development has changed in the recent years 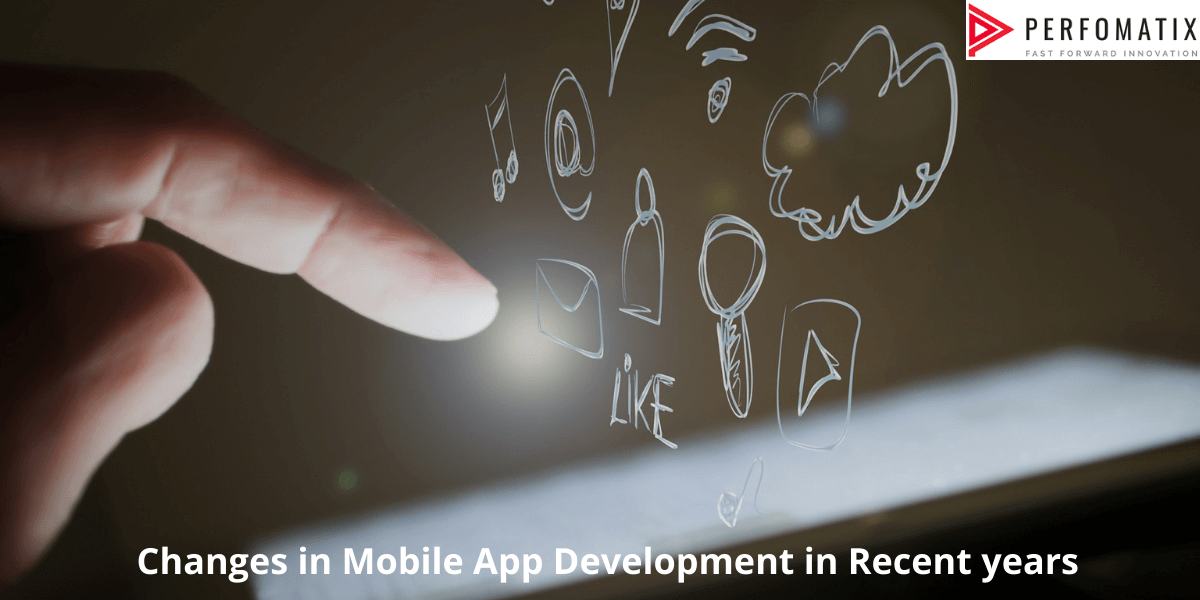 How Mobile App development has changed in the recent years

In 1997, Nokia developed a basic version of the arcade game “Snake” and gave it a free offering and its mobile apps. This is popularly regarded as the first mobile app ever built.

Then, in 2008, Steve Jobs introduced the App Store to the world. It would become the seminal idea upon which the modern world of mobile apps are built, distributed, and rated.

Ever since then, mobile apps have become part and parcel of our everyday lives. Along with the times, mobile app development has also undergone a seachange. Especially in terms of the cost involved in building and launching a mobile app. Also, mobile apps generate Billions in revenue that traditional businesses have only dreamt of earning.

Thanks to cross-platform app development, DIY models, and zero code app development frameworks, it has become easier for anyone to build their own mobile app. However, building a mobile app that has a unique character, targets a specific niche, and wins users is still hard.

To make things challenging, users usually uninstall their mobile apps within 90 days of installation. There is also the trend of installing and installing apps as soon as the purpose is taken care of.

This makes mobile apps that deliver niche services a unicorn of sorts in the app world. They are the ones that keep growing theory Daily Active Users even in the face of stiff competition.

Word of mouth marketing is huge for mobile apps

Furthermore, most apps get their downloads due to word-of-mouth marketing. Users who find value in a mobile app suggest them to their near and dear ones. Seeing the surge in downloads through Word of Mouth Marketing, most mobile app[ developers are now integrating a referral scheme that maximizes downloads and usage. This is a trend that we could not have envisioned a few years ago when referral schemes were restricted to offline business models.

Mobile apps are looked upon as independent brands

Uber. Headspace. Amazon. These are three of the countless mobile apps that have become a brand of their own. The mobile apps of these brands are more popular and frequented than their offline stores or other channels. What has caused this shift in customer perspective?

Mobile apps are now looked upon as brands themselves by customers. Incidentally, mobile apps offer more visibility, ease-of-use, loyalty points, and many other conveniences. From the business perspective, it is the easiest way to collect user data that can help in further optimizing the services. It is no surprise that most brands are first focusing on building their mobile apps before delving into sales and marketing models.

In their beginning days, mobile apps lacked the security and privacy features that they boast of today. Both App Store and Play Store struggled to keep malicious apps away from disrupting user lives. Several security mishaps even made users skeptical of using mobile apps extensively in their daily lives.

However, the situation has reversed during the past couple of years. Today, app development puts greater emphasis on securing the app from all kinds of cyberattacks. Additional measures are also taken to help users protect their private data from being stolen or accessed by unauthorized personnel. Specific laws and regulations, especially in the European Union, have been passed to ensure user data’s safe handling and processing. These developments have made mobile apps a safe haven compared to the melting pot of cybercrimes that they used to a little while ago.

Abundant availability of app developers. Cross-platform app development. A massive reduction in commodity hardware. All these factors have caused a steep decline in the cost of mobile app development.

Simultaneously, the costs have become more segmented too. For instance, the prices of app development can be easily segmented into three types:

The cost of app development will also vary based on the type of app being built.

The way ahead for mobile app development

From the first ‘Snake’ game on keypad phones to building mobile apps for IoT devices and foldable phones, mobile app development has come a long way. With every passing year, it is growing with leaps and strides by introducing new technologies considered sci-fi in the past.